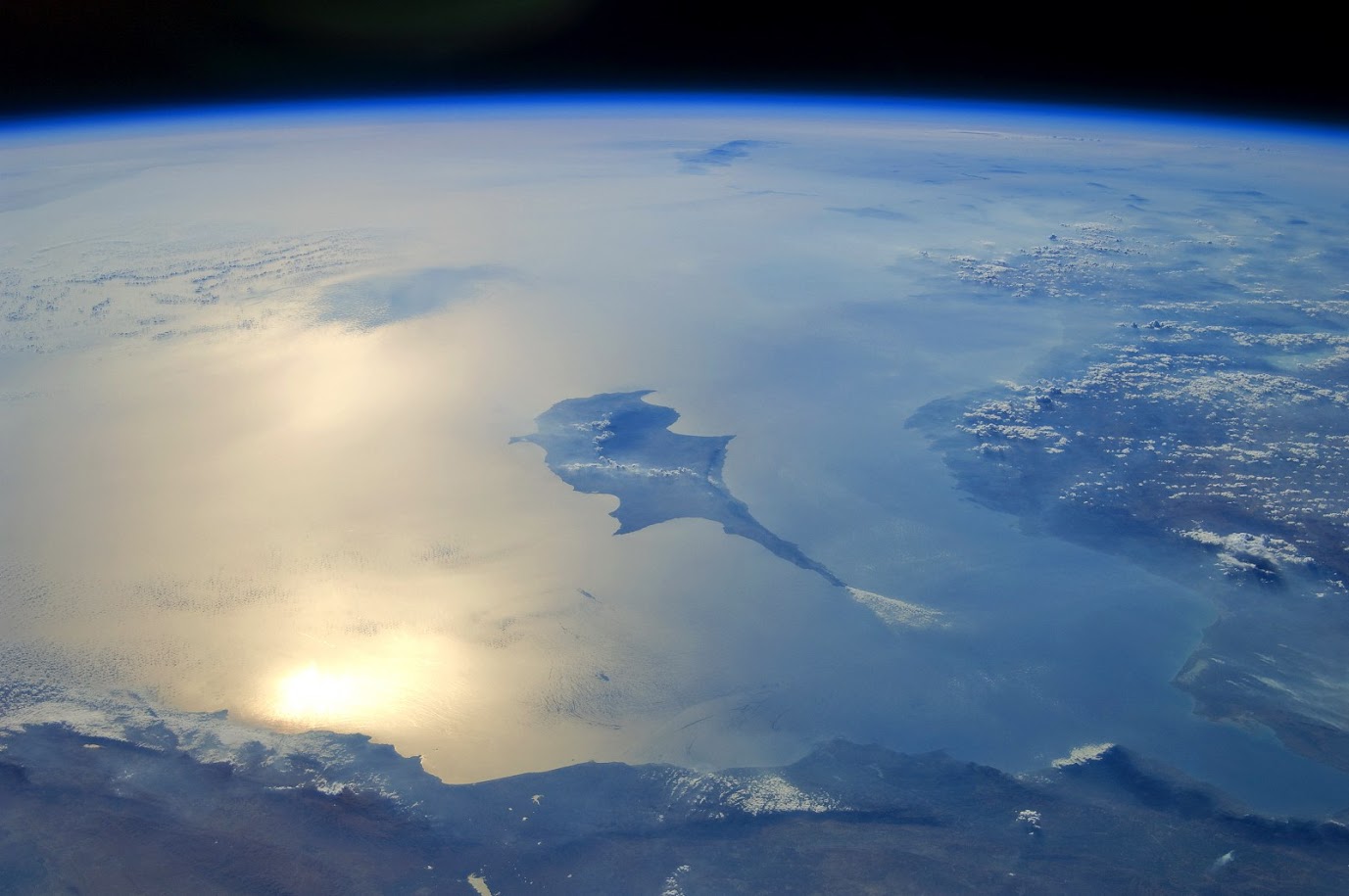 Since 2017, a holistic community-driven strategy has been deployed in Kofinou. The plan had been then designed by Mia Sea and carried out by groups of independent volunteers across the island of Cyprus.

Being in the right place at the right time can allow even one person or a handful of people to bring a tremendous change to our communities.

In Cyprus,  it was a group of independent volunteers that started running island-wide operations, stepping up in the absence of leadership and inclusive plan from any governmental agency, subsidiary or NGO.

We are writing this analysis of our action now, as a testimony to the months and years of unfunded and unrecognized sacrifice and dedication of private individuals that allowed the current landscape of NGOs and governmental agencies to build upon in a way that completely changed the dynamic of the Cypriot’s third sector.

What we wish for in the future, is to see more cooperation between official entities like traditional NGOs and governmental agencies and their contractors on one hand and us on the other : the think tanks, the activists, volunteers and philanthropist that paved the road that enabled national change in ideologies, approaches and policy.

If you wish to work with us to expand on our work in Cyprus, contact info@ivunited.org.

The Kofinou Camp for Refugees and Asylum Seekers is Cyprus’s main reception center managing and hosting refugee migrants in Cyprus.

PROBLEMS :
– Lack of community management authorities inside the camp. Kofinou’s management has been outsourced by the government to a security company working on premises solely on entrance clearance security and administrative matters. No authority was in charge of providing support of any kind to the camp’s residents, with the exception of translation services (1 part-time translator) and catering services (2 meals per day).
– Lack of supervision around the distribution of donations. People who wanted to donate money or resources to the camp had no one to address. Material donations by rare donors were thrown over the camp’s fence in garbage bags. In the past years, groups of dominant men claimed ownership over all goods thrown over the fence. The donated goods were sold by a small minority of camp residents, leaving mainly women and children with no access to donated resources.
– Lack of maintenance services provided for basic hygiene and living condition norms overview. Broken toilets, broken showers, broken cooking areas, sewage systems spilling on the camp’s property, broken heating / cooling systems and lack of proper resources such as mattresses and blankets were daily occurrences and health hazards that the camp’s residents needed to learn to live with and navigate.
– Lack of coordination, strategy and leadership between the NGOs offering activities and occasional support to the camp (mainly Protestant Church, Mormon Church, Oasis (Catholic organization), the Red Cross & Caritas). The NGOs being mainly religious christian organizations offer charitable and spiritual support delivered sporadically by missionaries. The cultural barrier with the majoritarily Muslim population of the camp, the limits of the charity-driven mentality, as well as the evangelisation involved in the NGOs’ actions lead to a favoritism of converted camp residents and an inappropriate importance of religion in humanitarian outcomes.
– Widespread suicidal tendencies, high suicide attempts rates, several cases of suicide per year in the camp and dozens per year for newly intergrated refugees living in Cypriot communities.
– Medicine-induced Alcoholism & Drug abuse : Many camp’s residents arriving to Cyprus in a state of severe PTSD were given strong antidepressants and pain medication without any additional treatment, psychotherapy or even much explanation about the drugs they were prescribed. For many this has been the gateway to apathy, isolation, self-medication and addiction that they are being blamed for and made their integration into society that much more of a struggle.
– Isolation, abuse and discrimination towards women. Segregation between men and women and the exclusion of women in rare participatory activities that advantaged men
Rumors of frequent cases of rape and abuse were reported to the volunteers although no cases go officially reported to authorities as there is no support system for women seaking protection or justice.
– The police’s refusal to enter the camp in case of 911 calls. All camp resident’s attempts to contact the police (that we have heard of or witnessed) have gone unanswered, including that regarding a threat of immolation made to our own team of volunteers who locked themselves inside the distribution center for protection during a risky situation.
– Integration Discrimination : Inability for refugees to find housing and employment outside the camp based solely on openly racist discrimination by potential landlords and employers.
– Endless bureaucracy with no humane explanation about contexts and development possibilities. Most of the camp’s residents did not know how long their asylum application or transition to another country would take, no resources other than word of mouth and legal documents were made available. Waiting periods for what is supposed to be a “transitional state” in the camp can extend to years, 21 years being the longest registered waiting period for a refugee living in the camp.

More insidious problems are on this list, linked to the presence of specific people in leadership positions guarding and halting the development possibilities of the camp, matters which we have to navigate with caution as doing otherwise will make the future of our involvement uncertain.

We wanted to make sure that we create a long-term operational environment instead of just a plan. Our long-term goal was to develop a holistic action – rooted in user-friendly decentralized automated digital tools for coordination, needs management and recruiting, in order to remove the need to be dependent on singular people or organizations – aiming to create a unified strategy and management platforms allowing to start a cooperation between all Cypriot NGOs, grassroot initiatives and governmental organizations that worked on refugee matters. We also focused on the importance of the central place of the members of the refugee community themselves in order to carry out those plans – we wanted to make sure that the members of the refugee community are in managerial positions of power, in order to create employment opportunities, educational / professional growth opportunities and a place in society. Our aim was to develop one branded initiative inside the refugee camp in order to increase the efficiency of the camp and solve all pressing problems for the community’s safety, health and future hope. This initiative was to serve as a root strategy to which we could branch unlimited projects, both independently led and in cooperation with national and international organizations.

Prevailing Issues : Our main struggle with Cypriot authorities and organizations is the overly academic, bureaucratic and simply stuck-up approach to dealing with community development matters. Nationality, formality and financial ties matter more than smart efficiency, democratization of power and open kindness. Speed, drive and structured layered development plans are looked at as suspicious agendas. The monopole of recognized authority by traditional and mostly senior individuals with a distaste for technology and speed of action, and an actual yet disguised tendency for racism that perpetuates ways in which refugees are supervised and not empowered is another serious barrier to an open and inclusive path towards progress for the refugee community in Cyprus and hopefully in Greece.

PUBLISHED BYIVunited – A Non-Profit Organization
based in Greece

How to Volunteer with IVunited

A Collaboration Proposal for Women Empowerment Initiatives in Greece

Wildfires in Greece : 22 Organizations and Rescue Missions That You Can Support

How to Volunteer with IVunited

Where nature meets design and engineering.

IVArcadia : Initiative for the Creation of Partnerships and Projects for the Benefit of Local Development and Innovation.

A Collaboration Proposal for Women Empowerment Initiatives in Greece

WOMEN’S NEXUS: Initiative for the coordination of women-centered movements